Be Inspired, Network And Supercharge Your Career 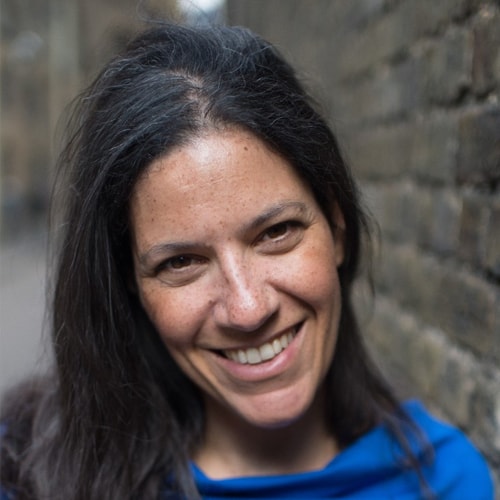 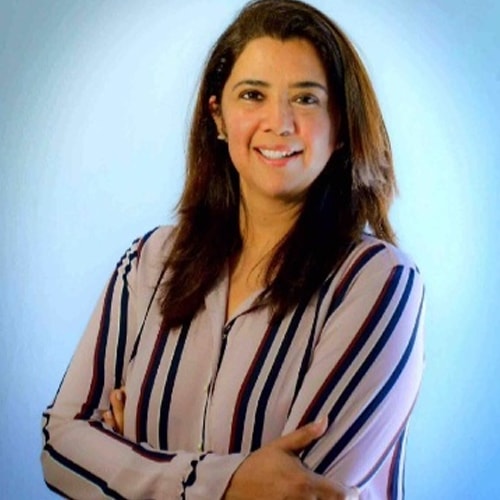 CEO @ Save The Children International 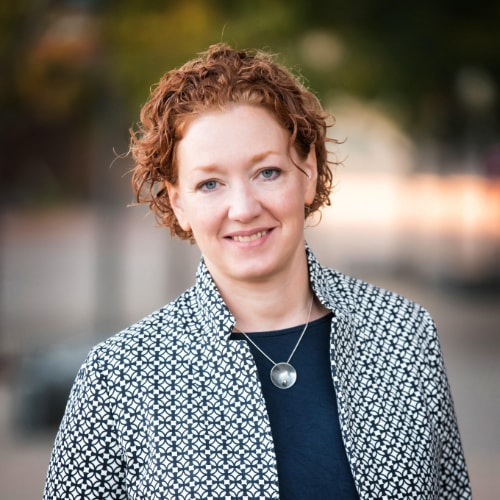 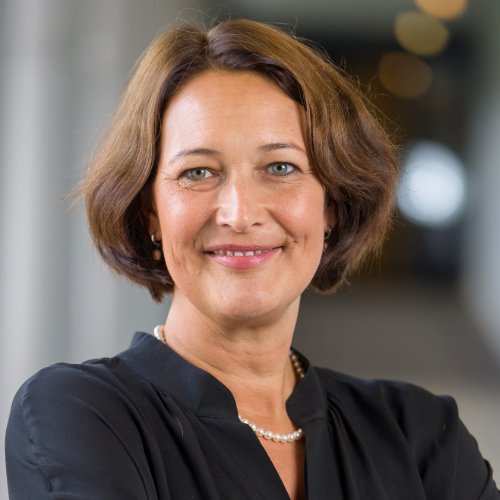 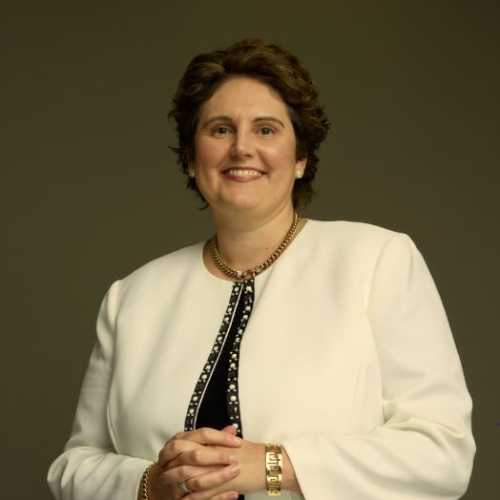 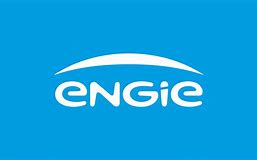 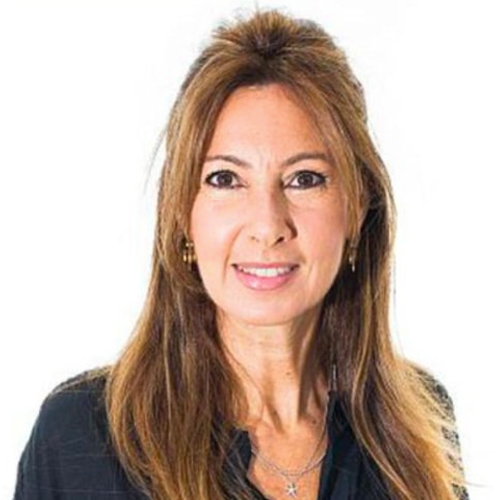 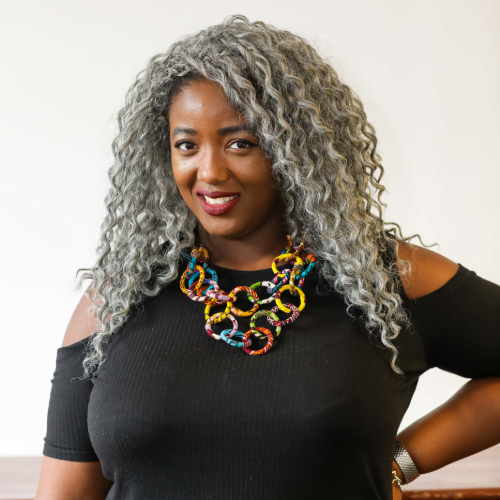 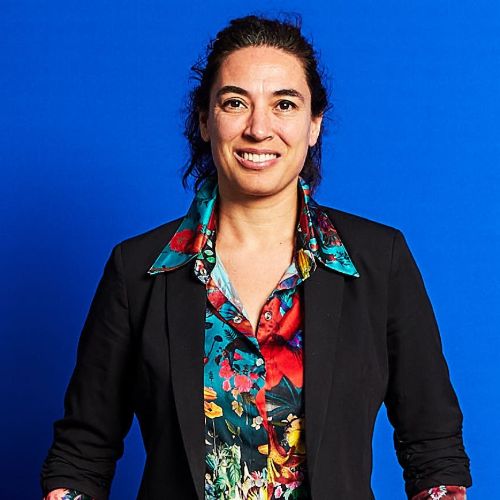 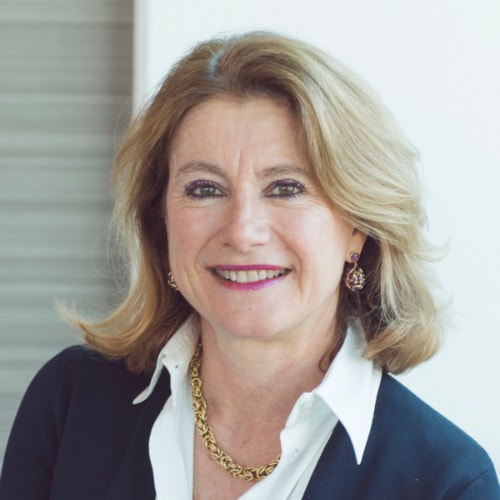 Susie tried to change who she was for over a decade in a bid to prove she was good enough for her senior roles in high tech Innovation. Her career has spanned media, global telecoms and healthcare. Whilst her work was award-winning, stress spilled into her health and her relationships, until she eventually realised that the cost was just too high.

Having experienced the benefits of coaching, she trained as a Performance Coach in 2005 and coached “on the side” for many years before making it her sole income source.

Now Susie inspires and supports high performers who are where she was – in a pattern of working longer and harder to avoid being found out. She uses a range of techniques that nurture mindset, positively leverage emotions and enhance instinct. She specialises in shifting the way that successful women in STEM think so they can rapidly become better leaders in life and work.

Susie is a passionate speaker, and writes for Families Magazine and Thrive Global. She works with clients privately as well as in a Mastermind setting, regularly running corporate workshops, and life-changing retreats exclusively for women in business. She lives in London with her husband and 7 year old daughter.

Shaloo Garg is Managing Director, Silicon Valley, Southwest region for Microsoft for Startups. She brings a combination of strong startup, enterprise, strategic partnership and corporate development experience. Previously, Shaloo was at Oracle at Global Oracle Innovation where she led the Global Customer Connect practice of commercializing revenue opportunities for startups into the enterprise client base and partner ecosystem. She has also led go-to-market for Oracle’s cloud business and was part of the M&A team that acquired Peoplesoft, Siebel, Retek etc. Prior to joining Oracle, she was in a couple of early stage startups.

Shaloo is the Guest Faculty at University of Pennsylvania Law School on Technology in Global Human Rights. She is passionate about education and is a “Champion of Innovation” at UN Women where she is spinning up virtual Innovation Labs with Universities leveraging emerging technologies to encourage digital literacy in developing countries for young girls who do not have access to education.

She is an MBA from Delhi University and has done specialization in Innovation and Design Thinking from Stanford d.School. Words to live by: “In life, there are no mistakes... only lessons” - Vic Johnson.

CEO @ Save The Children International

Helle Thorning-Schmidt is the outgoing CEO of Save the Children International and a former prime minister of Denmark. She was her country’s first woman PM before leading one of the world’s largest humanitarian charities. After studying political science and European policy and administration, Helle joined the European Parliament, and was later elected as an MEP. After five years she moved to domestic politics and, following a general election defeat for her party the Social Democrats, was elected party leader. Over the following years she turned around the fortunes of the Social Democrats and after six years in charge was elected as Denmark’s first woman prime minister. She and her government navigated difficult national concerns around immigration, military intervention, and economics, particularly in the years immediately after the financial crisis. She steered her party to a second general election victory before leave her post. Helle joined Save the Children International, the global charity that supports children and young people in economically deprived areas, and in the aftermath of disasters and war. She took charge of the 25,000-person organisation and balanced policy, strategy, advocacy and on-the-ground fact-finding before leaving the charity in its centenary year.

As well as being involved as an advisor or board member for a wide range of international organisations involved in equality and development, Helle has served on the European Council for Foreign Relations, the International Crisis Group, the Schwab Foundation for Social Entrepreneurship, and the Atlantic Council.

Ödgärd Andersson is the Chief Digital Officer for Volvo Cars. She is passionate about having the users of cars in focus as we create the digital customer offerings of the future and enable new business models, adding subscriptions and sharing to traditional car ownership. Digital services and software are already a large part of the customer offering of the modern connected car, and are growing rapidly in importance for the user experience. They play a vital role in everything from finding and ordering a car, to functions such as digital information and entertainment in the car itself, to advanced driver support and autonomous functions that keep users safe and comfortable. Prior to her current role as CDO, Ödgärd was Vice President of Vehicle Software and Electronics at Volvo Cars. Before joining the automotive industry and Volvo Cars 3 years ago, Ödgärd worked for 20 years in telecommunications in Ericsson in Sweden and Silicon Valley, in positions ranging from product development to leading large scale software development organisations. She holds a Master of Science Degree from Chalmers University of Technology and is a member of the Royal Swedish Academy of Engineering Sciences (IVA).

As Global Vice President for R&D IT at AstraZeneca, Ånna Asberg is responsible for the pharmaceutical company’s scientific and platforms and transforming its technology capability. The large and growing teams of engineers specializing in AI and Digital Health play an increasingly important role in making AZ’s Science a clear competitive advantage.

Ånna partners with the R&D leadership teams to focus technology resources on enabling a step-change in R&D performance, to develop HCP and patient-centric solutions, and to simplify processes and tools. She is responsible for accelerating the integration of the next wave of innovative technologies and agility while maintaining compliance and quality across R&D systems.

Previously, Ånna was Global VP for Operations - Digital and IT. established the Digital Transformation strategy, Factory of the Future, alongside forming and owning large Transformation projects such as SAP consolidation, digital uplift and insourcing IT to Global Technology Centers in India and Mexico. Prior to that, Ånna worked in different roles across Commercial and Finance, in both Europe and the US.

Nicole Iseppi has been with ENGIE since the beginning of 2010. Nicole is a Senior Executive Adviser to and also Managing Director of Operations & Performance of ENGIE’s Global Industrial Hub (which oversees 12 Global departments, including Group Strategy, Acceleration Taskforce, ENGIE Research and Innovation). Nicole has substantial experience in the strategic formulation, business development, financing and operational phases of infrastructure projects, within Middle East, Africa, Asia Pacific, Latin America and European regions for the past 20+ years and has also had the rare opportunity, to be a previous adviser for establishing and implementing, on behalf of the Japanese Ministry of Finance and Japan Bank of International Cooperation – a new green financial institution called Japan Carbon Finance. She is invited as a regular speaker at global sustainable and innovation conferences and has been appointed to various industry advisory committees. Nicole has also had the honor of also being awarded, various global awards by her industry peers, including most recently – Global Energy andf Natural Resource Adviser of the Year 2018 and Named in CEO and Executive Europe Index Awards 2018 & 2019. Nicole is a passionate problem solver and a strong supporter and advocate of promoting innovation and industry collaboration, as we globally transition to a robust low carbon economy.

From child prodigy to MBE, Dr Anne-Marie Imafidon is Head Stemette and co-founder of Stemettes, the award-winning social enterprise inspiring the next generation of females into Science, Technology, Engineering, and Mathematics (STEM) roles via a series of impactful events and opportunities.

One of the youngest ever to be awarded a Masters’ degree in Mathematics & Computer Science by the University of Oxford at age 20, Anne-Marie, unsurprisingly, continued to soar. In 2018 alone, she was listed among the top 50 women in tech in the world by Forbes, voted the 5th most influential woman in IT by Computer Weekly and was the recipient of the prestigious Barclays UK ‘Woman of the Year’ award.

2017 saw her featured among the top 50 most inspiring women in tech by Inspiring Fifty (an accolade she received for a second time in 2018). In recognition of her significant influence and achievements, Anne-Marie was awarded an MBE in the 2017 New Year’s Honours for services to young women and STEM sectors. In June of the same year she was also made an Honorary Fellow at Keble College, Oxford.

Not only a champion of getting women into STEM positions, Anne-Marie has previously worked with Goldman Sachs, Hewlett-Packard, Deutsche Bank and Lehman Brothers, amassing a wealth of experience. She is also a recognised thought-leader in the tech space, regularly appearing in the media as a talking head, and giving talks at tech giants such as SXSW and Founders Forum.

Evita has a heart for driving change and putting people in the center of that change. Before joining IBM as Chief Marketing Officer for the Benelux market, she has had several international management functions at Philips Electronics with fifteen years of experience in Business Innovation, Strategy, Global Product marketing and Regional marketing & sales. At World Wide Fund for Nature (WWF) she repositioned marketing from fundraising focus to segment-needs focus, changing branding, communication, channel strategy and proposition development. When returning to the enterprise world, Evita has driven the transformation of marketing at Microsoft in the Netherlands. Last year she joined IBM as the Chief Marketing Officer for the Benelux to again elevate the business by embracing Digital marketing and People experience as key drivers for change. By leveraging the new opportunities that data and digital provide, marketing has become a solid and predictable marketing machine that drives highly relevant sales leads. Next to the opportunities that Digital Transformation brings to businesses, Evita is highly interested in the impact it has on society and how it serves as a driver of the dialogue around Diversity and Inclusion. As a Board member of the Museum Ons’ Lieve Heer op Solder, she also supports the societal dialogue around Tolerance and Diversity.

Evita Stoop holds a Master of Science degree from Delft University of Technology and an MBA from London Business School.

Corinne is co-founder of TomTom, a navigation and map-making company that designs and develops cutting edge technologies solving mobility problems and addressing the challenges of autonomous driving and smart cities. She founded Codam, a non-profit coding college based on the Ecole 42 curriculum and ethos, which opened in Sept 2018 in Amsterdam. Voted as one of the top 50 most inspirational women in European tech, Corinne is also Vice-chairman of the Supervisory Board of Takeaway.com NV, Chair of remuneration and nomination committee of Groupe ILIAD, Member of the Supervisory Board of the Dutch National Opera & Ballet, Member of the International Advisory Board to the Amsterdam Economic Board and Chair on the Trustee Board of the Sofronie Foundation. She is passionate about entrepreneurship, equal opportunities, education and technology. Corinne was made Chevalier de la Legion d’Honneur in 2012 and Officer in the order of Orange-Nassau in 2016.

Get a taste of what’s to come this November

The Future of Tech

Disrupt or be disrupted! Which tech change agent will you become?

Master today’s tech possibilities to best position yourself for the future!

Learn from cross-industry case studies with practical applications and learnings!

The Evolution of Work

Lead from the front by embracing instead of fearing the modern-day work environment.

Learn from fellow founders' success stories & gain practical advice on how to scale your business.

Upskill yourself for the modern workforce!

Diversity, Inclusion and You!

Diversity and Inclusion – can we afford not to in the era of digital change?

Get all the info on sessions and speakers